Before Rain After, 2013
Two-channel video installation with a well, daily containers and window frames 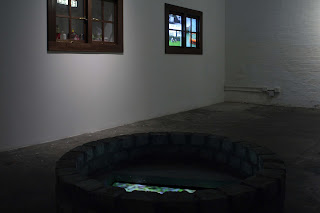 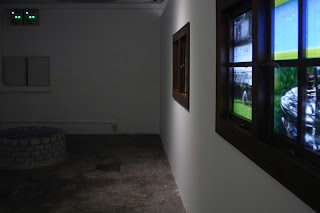 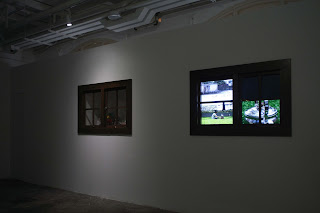 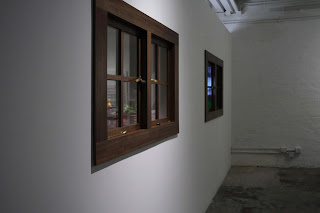 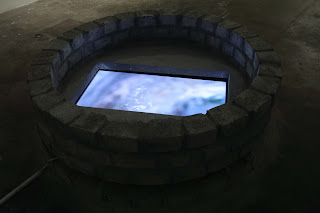 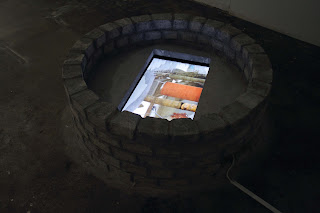 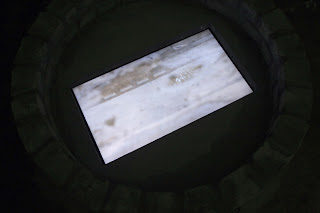 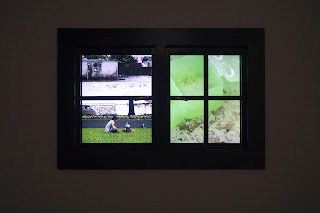 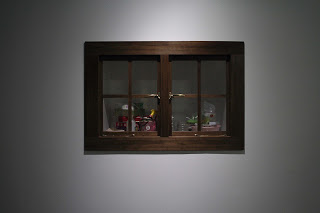 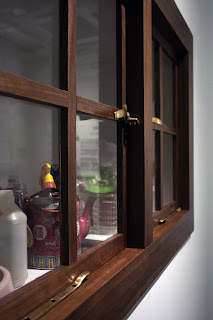 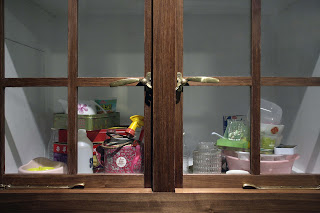 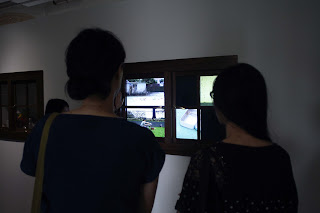 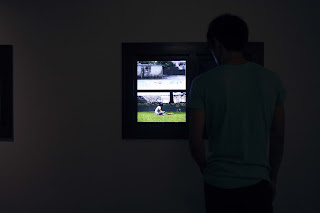 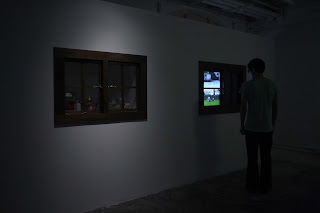 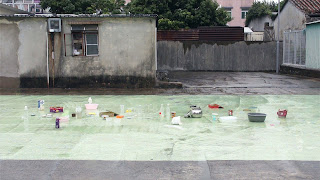 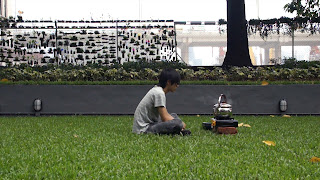 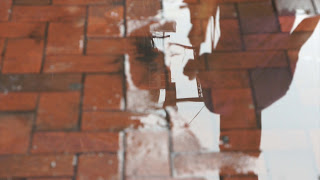 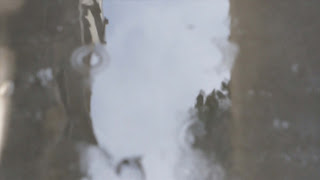 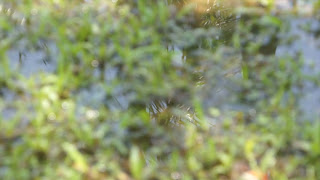 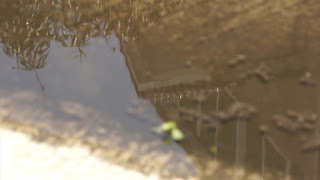 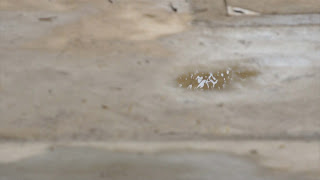 In a developed city, everyone is always going somewhere, from point to point. Our surroundings are regarded as merely a backdrop to our journeys. Who really ever notices their surroundings and experiences that they encounter along the way?

Part of the artist’s plan is to film the puddles on the road from his house to the Oil Street Art Space after it has rained during the day. The images in the water on his route are constantly changing, reflecting here the countryside, there a low-angle view of the city looking up into the sky. As if seen from the bottom of a well, they create a mirage that represents the absurd relationship between truth and illusion.

When it started to rain after a long drought, back in the time when there were no reservoirs, people would place outside in the rain any utensil they could find to catch the life-giving liquid. When the water ran out before the rain came, they set out again on the hunt for new supplies.

Another part of the plan is to scour the streets and shops around Oil Street and collect utensils that can contain water. When it starts raining, these containers will be placed on the lawn at the Art Space to catch water. The collection of rain water and the process of boiling it until it all evaporates will be recorded on video. These household utensils are evidence of the modern city, and the act of returning the water to the atmosphere is a kind of mutually contradictory worship of nature intended as a means to salvation.

Man encompasses nature and nature, in its degraded form, encompasses man. The dislocated visual effects that are created in the installation are a criticism of man’s praise of morbid beauty.