To leave 2cm3 for myself 留下兩立方厘米給自己

To leave 2cm3 for myself, 2012
Two-channel video installation with an optic ornament made of glasses parts, a glass cover and a pedestal
Dimension variable 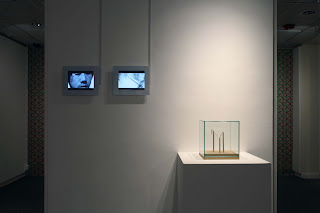 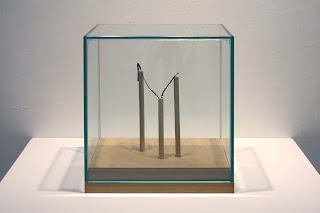 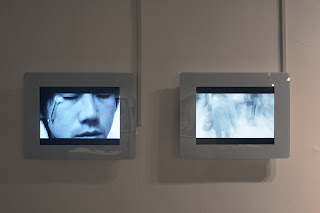 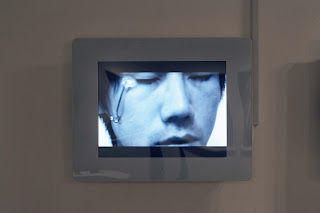 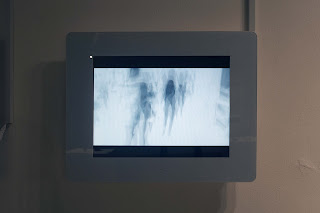 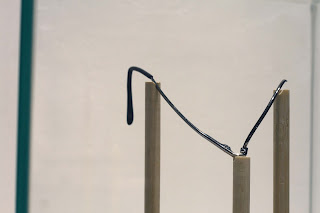 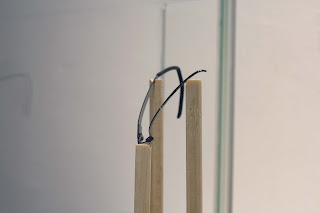 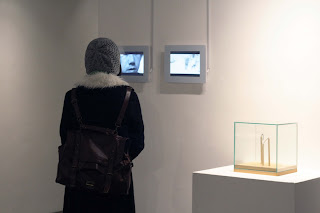 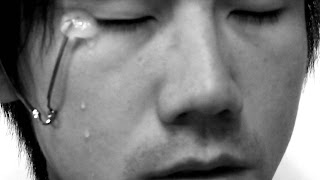 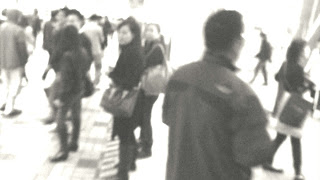 Walking on Canton*, along the road leading to the promenade, turning left until the end, an aimless run is around Tsim Sha Tsui East. Slightly wiping sweat with a handkerchief, squeezing it to drop the sweat into a glass bottle, the sweat is condensed and formed a 2cm3 sculpture in a refrigerator connecting with a homemade optic ornament.

I experience the city through my body. The unspeakable stuffy depression somewhat relieve while sweating. Once putting on the ornament, melting ice drip down from my orbit along the cheek being an imagination of turning sweat into tears.

* Canton is one of the major roads in Hong Kong. Its cityscape is a typical sample of how Hong Kong main streets are occupied by renowned chain stores. There are many China customers which conflict with Hong Kong native culture.