Boxed in by Food Packages 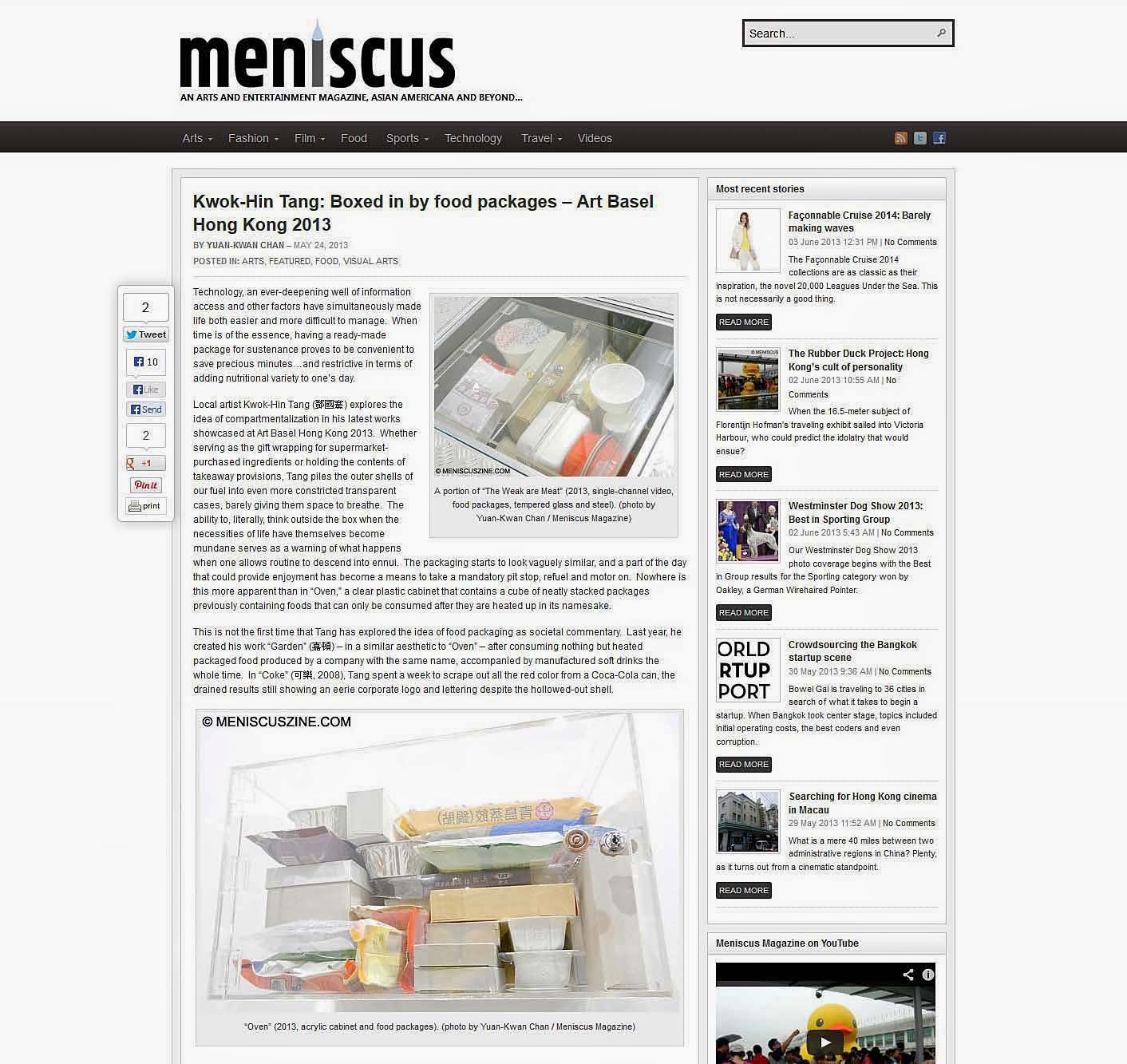 Technology, an ever-deepening well of information access and other factors have simultaneously made life both easier and more difficult to manage. When time is of the essence, having a ready-made package for sustenance proves to be convenient to save precious minutes…and restrictive in terms of adding nutritional variety to one’s day.

Local artist Kwok-Hin Tang (鄧國騫) explores the idea of compartmentalization in his latest works showcased at Art Basel Hong Kong 2013. Whether serving as the gift wrapping for supermarket-purchased ingredients or holding the contents of takeaway provisions, Tang piles the outer shells of our fuel into even more constricted transparent cases, barely giving them space to breathe. The ability to, literally, think outside the box when the necessities of life have themselves become mundane serves as a warning of what happens when one allows routine to descend into ennui. The packaging starts to look vaguely similar, and a part of the day that could provide enjoyment has become a means to take a mandatory pit stop, refuel and motor on. Nowhere is this more apparent than in “Oven,” a clear plastic cabinet that contains a cube of neatly stacked packages previously containing foods that can only be consumed after they are heated up in its namesake.

This is not the first time that Tang has explored the idea of food packaging as societal commentary. Last year, he created his work “Garden” (嘉頓) – in a similar aesthetic to “Oven” – after consuming nothing but heated packaged food produced by a company with the same name, accompanied by manufactured soft drinks the whole time. In “Coke” (可樂, 2008), Tang spent a week to scrape out all the red color from a Coca-Cola can, the drained results still showing an eerie corporate logo and lettering despite the hollowed-out shell.