In the Eighties Watching the Sixties’ Movies 在八零年代看六零年的戲 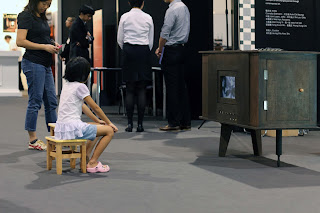 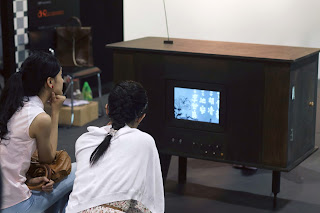 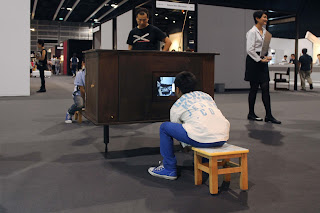 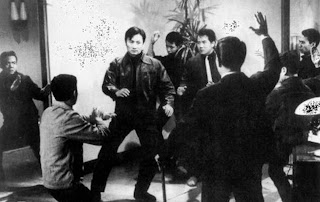 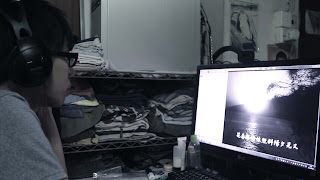 The figure of Chow Yun-fat wearing a long leather jacket flashed in my memory; sometime Stephen Chow and Athena Chu appeared in a fairy tale about love with supernatural ability; also it always easily felt dazed in the world of Wong Kai-wai’s special rhythm. In the era of my childhood, plots of films were shown on a flat screen, yet it left a three-dimensional impression. However, till the deep night, the screen at home presented different situations. Occasionally parents stayed up late, I headed out from the blanket and peeped at the television; or even while they were sleeping, I secretly waked up and turned the TV on. It revealed black and white and pulsating scenes. In that the dialogues had a dissimilar rhythm; the stories are about grassroots, poor yet self-sufficient and hard working life; meanwhile genteel and high-pitched Cantonese operas are interspersed from what they were saying. These combinations are already overall mixture of impression in the 60s. It seems fictitious, strange, and too far away to get in touch with.

The only way to link up both times and my own context, is home itself, the place of watching old movies. As long as a film involves performances of human beings, it almost has living indoor shots. Thus, it normally reflects norms of human life and provides hints for recognition beyond eras, from reality to drama. I hereby find an angle entering history to make distorted home appliances-like sculpture. On one hand a screen plays edited old Cantonese movies; on the other hand a screen plays the acts of me to speak and sing referring the movies.